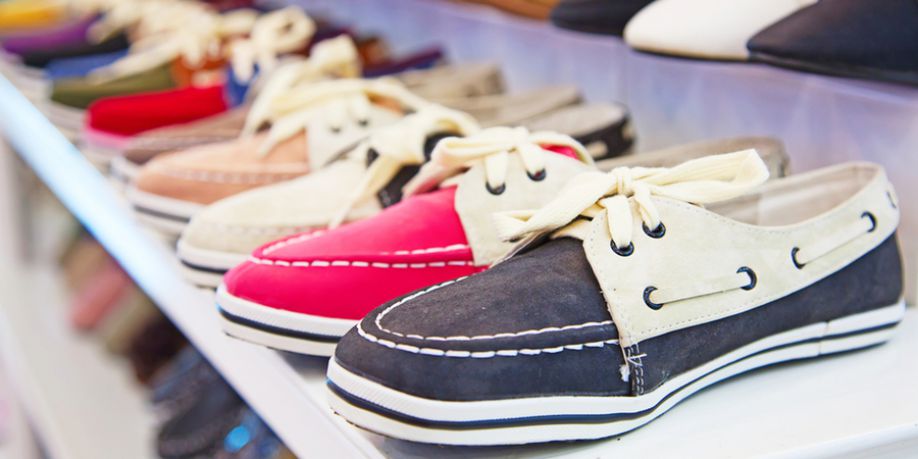 Footwear from China - another miracle of modern Chinese industry. Like electronics, household equipment, lighting equipment, furniture, Chinese shoes in a short time has gone from cheap products of dubious "one day" to the best in the world.

The so-called "cheap China" in the footwear industry can be found today, as they have their own consumer. Increasingly, however, shoes from China is associated with a beautiful and high-quality shoes, which, moreover, available to everyone. This can be seen on the example of products online store Aliekspress (Aliexpress). The great advantage of the Chinese footwear industry today - is the presence of a full production cycle, from the moment of modeling to packaging.

Global brands of shoes today create their own collection is in China, since this country is the biggest and most powerful production facilities and the world's best professionals, who were educated at the leading masters of the global footwear industry. Medium and small factories in China today are concentrated in three south-eastern provinces: Guangdong, Zhejiang and Fujian, here made up 80% of Chinese shoes, which is almost 6 billion. Pairs per year. In southern China is, for example, a huge plant for the production of footwear Yue Yuen, which is the world's largest manufacturer of athletic shoes.

This is where the shoes are made of such famous brands as Adidas, Nike, Reebok, Puma, New Balance, and another 40 lesser known brands. 90% of the goods of Chinese shoe factories produced for export, 80% of which can be purchased under the brand names of world famous brands. For example, up to 95% of Adidas sports shoes in the world is made in China.

Such figures can revise their attitude to the Chinese shoe industry. Many of the most developed and prosperous countries in the world today are of shoes from China. Therefore, certain prejudices and misconceptions about the Chinese shoes need to dispel. Many are wary that buying shoes in China can sometimes for too low prices. This occurs for several reasons.

Firstly, the labor of the workers of Chinese shoe factories is estimated very low. Secondly, China has the world's lowest cost of land used for the production capacity. Third, the Chinese government is doing huge discounts on taxation for businesses - manufacturers of goods for export. One simple statistics can once and for all change the attitude of the Chinese footwear industry. If one or another European country having a glorious tradition of shoe, such as Germany or Italy, there are three to five renowned shoe factories in China, tens of thousands of them. If Europe in the shoe industry employs several thousand workers, in China - hundreds of millions.

Therefore, the price of wholesale goods from China is much cheaper. Among the famous brands of shoes, today is almost entirely produced in China, to name only a few: Caterpillar, Ecco, Harley Davidson Footwear, Geox and many others. World-famous shoes and shoes of Caterpillar American known for their durability and resistance to all weather conditions.

The transfer of production capacity in China will not affect the quality of these products, but the price of some models have become much more democratic. A similar picture with the Danish shoe brand Ecco: men, women, or children's shoes Ecco bought to several seasons. Not affected the quality and other famous shoe brands, such as the Italian brand Geox or American Harley Davidson Footwear.

Briefs and panties from Aliexpress

Clock wall stickers for decoration of the…